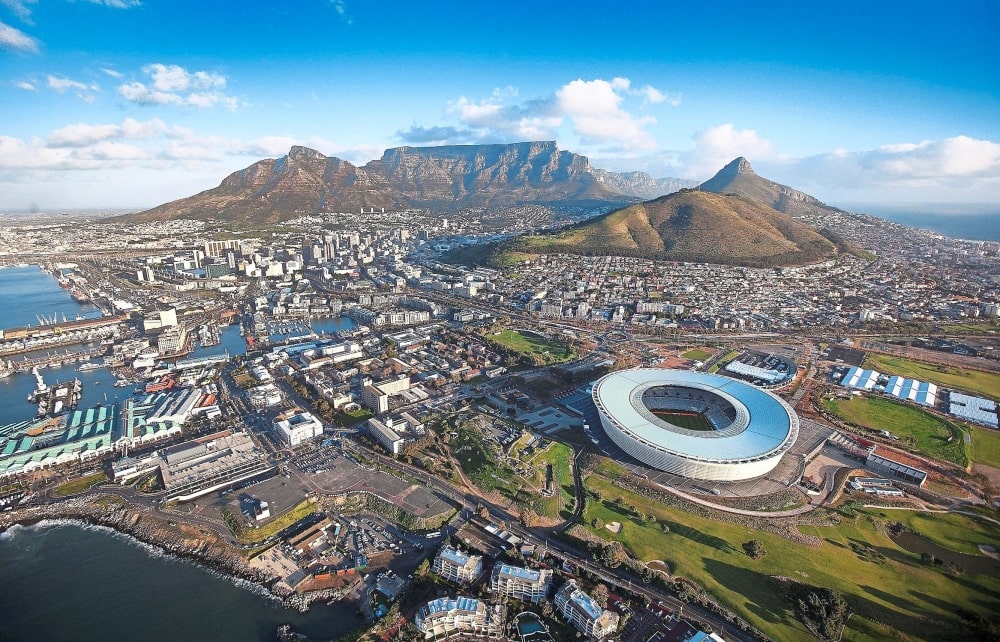 Cape Town is the second most populous city in South Africa after Johannesburg and also the legislative
capital of South Africa. Colloquially named the Mother City, it is the largest city of the Western Cape province and forms part of the City of Cape Town metropolitan municipality. The city is known for its harbour, for its natural setting in the Cape Floristic Region, and for landmarks such as Table Mountain and Cape Point. Cape Town is home to 64% of the Western Cape's population. The city was named the World Design Capital for 2014 by the International Council of Societies of Industrial Design. Language: English Currency: South African rand Weather: Cape Town has a warm Mediterranean climate with mild, moderately wet winters and dry, warm summers. Winter, which lasts from the beginning of June to the end of August, may see large cold fronts entering for limited periods from the Atlantic Ocean with significant precipitation and strong north-westerly winds. Winter months in the city average a maximum of 18 °C (64 °F) and minimum of 8.5 °C (47 °F) Total annual rainfall in the city averages 515 millimetres (20.3 in) although in the southern suburbs, close to the mountains, rainfall is significantly higher and averages closer to 1000 millimetres (40 in). Summer, which lasts from December to March, is warm and dry with an average maximum of 26 °C (79 °F) and minimum of 16 °C (61 °F). The region can get uncomfortably hot when the Berg Wind, meaning "mountain wind", blows from the Karoo interior for a couple of weeks in February or March. Places to Visit: How to Reach Air: The best and most considered way to reach Cape Town is by air. You have the famous Cape Town International Airport that caters to both domestic and international flights. Being the busiest airport in the whole of South Africa, there are frequent flights to and from Johannesburg and Durban. Apart from this, it also caters to flights to George, Kimberley and so on. Train: City Centre is the major and main train station of Cape Town. It is well connected with Pretoria and Johannesburg with daily trains running, while Bloemfontein, Durban and East London with weekly ones. The most famous and the world’s most luxurious rails – Blue Train runs between Cape Town and Pretoria. Road: Being the starting point of three national highways, N1 connects the city with Zimbabwe, Bloemfontein, Pretoria, and Johannesburg, N2 connects with Durban, Port Elizabeth, and East London and N7 connects with Namibia and Northern Cape Province. Cape Town is well connected to the surrounding areas. A lot of major buses operate intercity connections between Cape Town and other cities in and around South Africa. 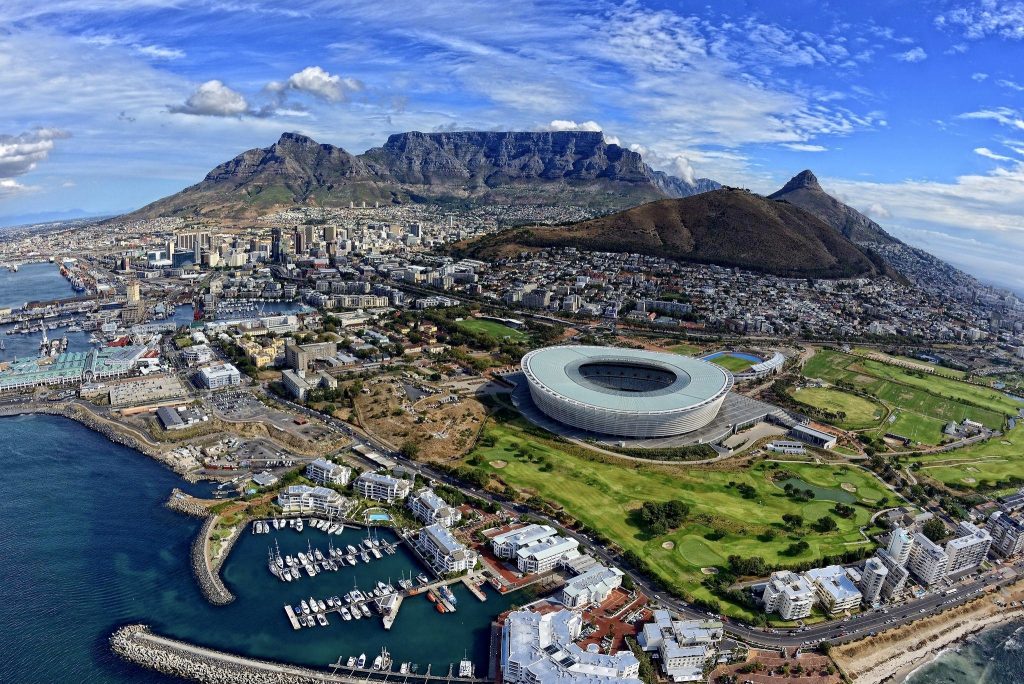